Funny Rats in and around Collage 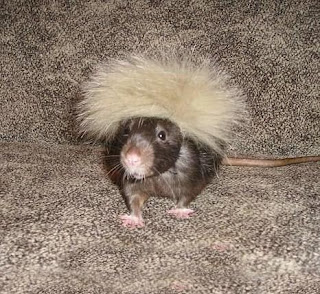 At Collage we have rats that are quite cool and friendly, The collage barber looks after there hair cuts and the cats keep them fit. The owls try to bomb them and the alpacas just spit at anything that moves. This rats name is stavros the other rats we have are starsky and hutch. The cages that they live in are dustbin shaped oh sorry they are actually dustbins we believe in recycling. No rats were harmed in the making of this blog the barber however has had 10 tetnus jabs and a plaster on his finger. The cats are well fed on cat food so they only play with them a little which helps the barber to keep there hair up saving on hair gel.
Posted by fordladad at 13:29 No comments:

Funny Cats and Flies in Collage 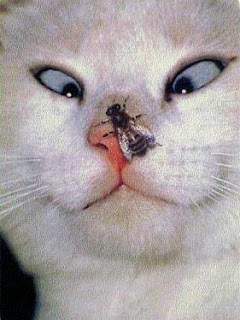 We have cats to keep the rats at bay we have flies to keep the cats at bay, this fly is good freinds with the cat the flies name is buzz light year and the cats name is flycatcher. The cat wouldn't hurt a fly lol. The cat has to have his eyes tested twice a year "can't think why" next post he may have glasses.
The cat says my mums Chineese my dads Japaneese look what happened to me !! That is a Joke and no racial intent is meant i hope you take it in the humourous way it was meant.
Posted by fordladad at 13:15 No comments:

Funny alpacas in our Collage Wow you ask yourself they have Alpacas - here is the facts of Alpaca (Vicugna pacos) is a domesticated species of South American camelid. It resembles a small llama in appearance.
Alpacas are kept in herds that graze on the level heights of the Andes of southern Peru, northern Bolivia, Ecuador, and northern Chile at an altitude of 3,500 m (11,500 ft) to 5,000 m (16,000 ft) above sea-level, throughout the year. Alpacas are considerably smaller than llamas, and unlike llamas, alpacas were not bred to be beasts of burden but were bred specifically for their fiber. Alpaca fiber is used for making knitted and woven items, much as wool is. These items include blankets, sweaters, hats, gloves, scarves, a wide variety of textiles and ponchos in South America, and sweaters, socks, coats and bedding in other parts of the world. The fiber comes in more than 52 natural colors as classified in Peru, 12 as classified in Australia and 16 as classified in the United States.
In the textile industry, "alpaca" primarily refers to the hair of Peruvian alpacas, but more broadly it refers to a style of fabric originally made from alpaca hair but now often made from similar fibers, such as mohair, Icelandic sheep wool, or even high-quality English wool. In trade, distinctions are made between alpacas and the several styles of mohair and luster. Now the Collage version our Alpacas names are Gus and Jasmin who was hand reared they like to spit in your face which i think is a bit wierd Jasmin is a bit nicer she just blows bubbles, They eat vegetables and fruit chew it then spit it at you if they dont like it. See if you can guess the good one and the naughty one i can tell you affro alpaca is naughty and looks like a poodle.
Posted by fordladad at 13:04 No comments: 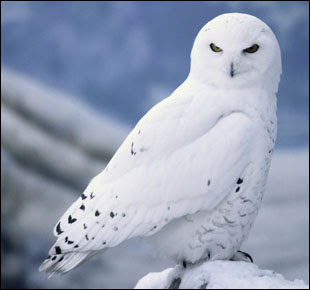 A bit about a Snowy Owl - The Snowy Owl (Bubo scandiacus) is a large owl of the typical owl family Strigidae. The Snowy Owl was first classified in 1758 by Carolus Linnaeus, the Swedish naturalist who developed binomial nomenclature to classify and organize plants and animals. The bird is also known in North America as the Arctic Owl or the Great White Owl. Until recently, it was regarded as the sole member of a distinct genus, as Nyctea scandiaca, but mtDNA cytochrome b sequence data (Olsen et al. 2002) shows that it is very closely related to the horned owls in the genus Bubo. The Snowy Owl is the official bird of Quebec. Now thats the facts now the reality our Owl Snowdrop is called Snowdrop because everytime he tries to fly he drops. When he does manage to fly around he drops something else which is why we keep umbrellas by the doors at collage. Owl go twit a woo ours is just a twit.
Posted by fordladad at 12:48 No comments: 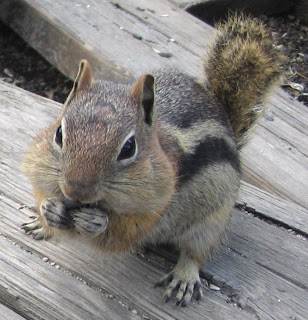 There is only one chipmunk at collage, the others left because this one went nuts, and the others went bonkers with their conkers.
His name is scooby and the others were called daphane, thelma, fred and shaggy.Scooby  is upset as he lost a lot a weight and then we called him scrappy doo.
Posted by fordladad at 14:43 No comments:

Meerkats dont compare at our collage 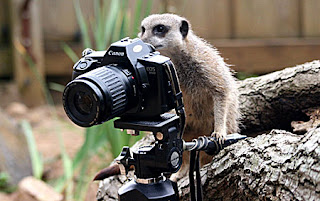 I feed the meerkats at collage and once one bit my finger i could have done with some compare the meerkats insurance for that one where theres blame theres a claim, The meerkats are very photogenic when we can get our camera back, "hey meerkat bring my camera here".
Posted by fordladad at 14:14 No comments: 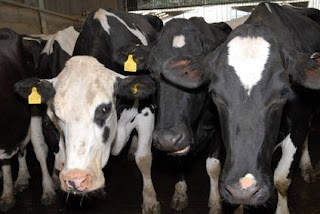 Every Friday i attend collage and work with various animals and reptiles, we have meerkats, gerbils, snakes, sheep, cows, horses and others. In my blog i will write about my experiences with animals i work with in my collage studies and of course my nutty dog at home lol.
I have recently studied cows and there behaviour they love sucking on your fingers and there mouth is rock solid, they have no teeth at the top and they chew grass by rotating there mouth round and round, its a good job they don't like chewing gum because they would be able to blow a bigger bubble than me.
Posted by fordladad at 13:22 No comments: 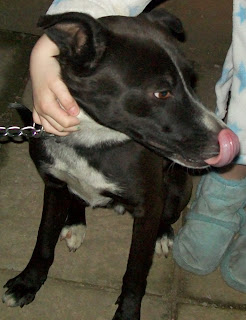 Barley is a cross with a sheepdog and terrier, as you can see from the picture he likes to eat anything including the summer house patio and kennel. He is always having fun and i take him for a walk, or he takes me for one dangling on the end of his lead. He likes to say good morning to every one especially at 3 oclock in the morning he is barking mad!! He is the only pet we have after him eating my hamster. He once got of his lead and went 4 miles to homebase i think he was shopping for a new kennel. We sometimes let him in the house and he runs around looking for things to eat break or generly destroy. He sleeps in the utility room at night and has a large plastic bed which he has half eaten.
We rescued Barley from a rescue centre and he now has fun fun fun !!! He was so pleased to come and live with us as we have plenty of goodies for him to wreck.
Posted by fordladad at 12:13 No comments: